Cannabis sativa, is a species of the Cannabis genus of flowering plants. It is used as an (in some countries/states) illicit recreational drug in Western culture, while in some Eastern cultures, it has been used over centuries for its medicinal properties. In recent years, there has been an explosion of research involving the different chemical compounds found in cannabis, otherwise known as cannabinoids, for medical purposes.

Cannabis and the ‘Endocannabinoid System’:

Cannabis is made up of hundreds of active ‘cannabinoids’ that act on our ‘endocannabinoid system’, which is comprised of receptors found in the central nervous system, our gastrointestinal system, as well as on our immune cells (1). Our body naturally produces ‘endocannabinoids’ which acts upon this system, while external sources such as ‘phytocannabinoids’ from plants such as cannabis, can also act on this system (2). These compounds act on two main receptors: CBD1 and CBD2.

There are hundreds of different cannabinoids, but the two that we predominantly hear about are delta-9-tetrahydrocannabinol (THC) and cannabidiol (CBD). Some of the other cannabinoids include dronabinol, nabilone and nabiximols (3). Table 1 briefly outlines the predominant physiological effects of THC and CBD.

Current uses of medical cannabis and directions for IBS

Currently, there is evidence supporting the use of cannabis in a number of medical conditions, including: chronic pain, neurological conditions such as multiple sclerosis and epilepsy, anorexia (through appetite stimulation) and chemotherapy induced nausea and vomiting (1-3).

In relation to the gastrointestinal system, the endocannabinoid system has a major role in regulating the nerves that control the gut (1). To date, there are only a small number of studies investigating the effects of cannabis for symptom management in individuals with IBS. Two of these studies focus on the use of dronabinol (synthetic THC) and its effects on colonic motility (movement of the large bowel) (6, 7). Colonic motility is accelerated in individuals with IBS-D, contributing to more frequent bowel movements. In one of the studies, a 5mg dose of dronabinol reduced colonic motility for people with IBS-D, while the other showed no significant results (6, 7). Numerous studies have used both preparations of CBD and THC for its potential anti-inflammatory effects in Inflammatory Bowel Disease (IBD), but the results are mixed (8, 9).

There are two areas where CBD may offer therapeutic value in IBS. Firstly, there is evidence to suggest that the CBD receptors are associated with the nerve cells that control visceral pain (2). Abdominal pain, due to sensitive nerve endings around the gut, is experienced by approximately 70% of IBS patients. Secondly, it is well established that there are strong links between IBS and anxiety (10). Studies utilising animal models have demonstrated that CBD can improve anxiety, and a small number of human studies support this (3, 5, 11, 12).

So, putting these effects together (i.e. improve symptoms of anxiety and decreased pain), is there a role for cannabinoids in the treatment of IBS?  Well, sadly, it is not that simple.  Currently, there is insufficient evidence in people with IBS to recommend the use of cannabinoids to manage their symptoms.

Clearly, there is a need to conduct more research in this area. The jury is still out for the therapeutic role of cannabis in IBS, but the Monash FODMAP team will keep you updated with the latest research in this and other areas. 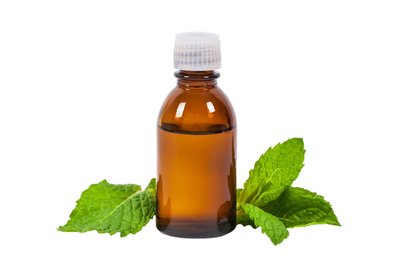 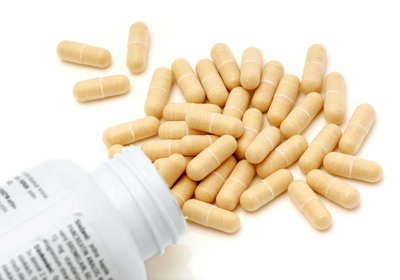