your complete guide to IBS & diet

Irritable bowel syndrome (IBS) is a common gut disorder with symptoms like abdominal pain, cramping, bloating and changes in bowel habit. For some people this means constipation, for others diarrhea or even a combination of both. The symptoms of IBS can have a huge impact on quality of life for IBS patients.

Many people with IBS notice that what they eat seems to impact their symptoms. In fact, researchers have now even developed a specific IBS diet called the FODMAP diet. This is proven to help 75% of people with IBS better manage their symptoms. Aside from FODMAPs, other common IBS diet triggers that you may want to consider include dietary fiber, gluten, caffeine, fat, dairy (lactose) and alcohol.

Fibre is found in all plant-based foods such as fruits, vegetables, nuts and legumes/pulses. Fibre can be classified into many different types. Put most simply can be divided into insoluble fiber (does not dissolve in water) and soluble fiber (dissolves in water). Dietary fibre is not digestible is the body and plays a key role in bowel health.

Fiber adds bulk to stools (poo) and allows them to retain enough water to be soft and easy to pass. Not eating enough fibre, or having too much fiber can make IBS symptoms worse. It is recommended that adults eat 25-30g of dietary fiber every day, but most people don’t reach this daily target.

If you think fibre may be playing a role in your IBS symptoms, fibre

supplements may also be useful. Talk to your doctor or IBS specialist dietitian for more advice.

Gluten is a protein found in certain grains including wheat, rye and barley. For people with celiac disease, gluten causes inflammation and damage to the lining of their small intestine. Gluten containing foods (such as wheat bread and pasta) must be strictly avoided in the diet to prevent this damage.

This is because gluten containing grains are also high in certain fermentable (gas producing) sugars known as fructans. Studies have now demonstrated that in the large majority of people with IBS, it is these fructans that trigger symptoms, not gluten. For this reason, a gluten free diet is not necessary for people with IBS.

Caffeine (usually in the form of coffee) is another commonly reported trigger of IBS with diarrhea. This may be because caffeine may have some kind of side effect of stimulating the bowel. Despite these reports, high quality studies have yet to show that reducing caffeine intake improves IBS symptom control.

Many people with IBS report that eating fatty foods such a deep-fried foods, pizza and ice cream seem to make their symptoms like diarrhea, gas and bloating worse. Including fattier, highly processed foods in the diet can also displace fresh, healthier alternatives like fruits, vegetables, wholegrains and low-fat dairy products. This may lead to a diet that is overall lower in fiber and also indirectly increase IBS symptoms.

A low-fat diet has not been specifically proven to improve IBS symptoms. However, avoiding eating large amounts of fried and highly processed fatty foods has many other health benefits.

Some people with IBS report increased symptoms after eating dairy products. This can be due to a problem with digesting the sugar found in dairy products called lactose. When lactose is not digested in the small intestine, it is broken down by bacteria in the large intestine, usually causing diarrhoea, gas and bloating. This problem is known as lactose intolerance and seems to be more common in people with IBS with diarrhea.

Although lactose is found in large amounts in dairy products like milk and yoghurt, many cheeses are low in lactose because of processing and ageing. Lactose free versions of dairy milk and yoghurt are also now easily available for people with lactose intolerance, meaning that they do not need to follow a dairy free diet.

Alcohol is known to irritate the gut, and many people with IBS report that drinking alcohol can increase their symptoms. Some types of alcoholic drinks also contain FODMAP sugars, so may trigger IBS symptoms in this way. The NICE guidelines for IBS in the UK discuss considering your alcohol intake if excessive as part of an overall symptom management plan for IBS.

A low FODMAP diet is considered one of the best and most effective IBS treatments. Many studies and clinical practice have shown how effective the FODMAP diet is in providing relief from abdominal pain, constipation, diarrhea and bloating in up to 3 out of 4 people.

This diet does not ‘cure’ IBS, but does help a person with IBS work out the high-FODMAP foods that trigger their symptoms and how much of them can be tolerated. This is why a low FODMAP diet is not a diet for life, but helps a person learn which foods to eat without triggering symptoms.

The diet is a 3-step process designed to help you develop your best IBS diet. 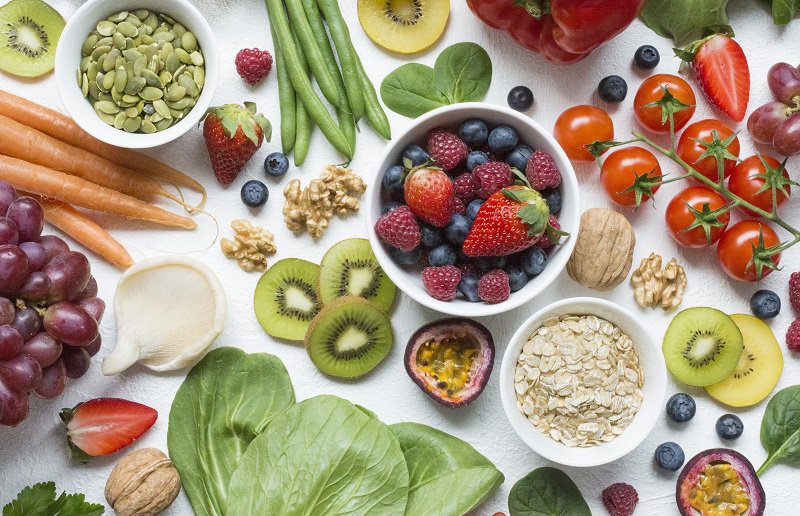 Over 8-12 weeks FODMAP rich foods are reintroduced foods back into your diet one by one to identify which FODMAP types trigger your IBS symptoms, and which do not.

After identifying your high FODMAP trigger foods, foods that are well tolerated are reintroduced back into your diet. In the long-term it's about finding a balance between tolerated FODMAP-rich foods and the avoidance of others.

In most cases, people are able to reintroduce many high FODMAP foods back into their diet, but may not be able to eat them as often or in the same quantity as before.

Get started on your FODMAP diet