A common misunderstanding concerning the ow FODMAP diet is that it is lifetime diet (similar to the strict gluten-free diet that individuals with coeliac disease must adhere to for life).

Well, this is far from true. A strict low FODMAP diet should be trialed under the guidance of a dietitian, for a period of only 2-6 weeks. People who experience symptomatic improvement during this strict phase (our research suggests that around 75% will) should then enter a re-challenge phase, during which a dietitian assists the reintroduction of FODMAP containing foods, in a systematic manner, to determine your individual level of tolerance to the various FODMAP subgroups.

The type and quantity of food that you are re-challenged with is usually agreed upon between yourself and the dietitian. It might be that you begin by re-introducing the foods that you miss the most or that you re-challenge with foods rich in a particular FODMAP, for example, mango if you wanted to assess tolerance to fructose.

Although individual FODMAP tolerance varies, most people find that they are able to liberalise their FODMAP intake, whilst maintaining reasonable symptom control. Ultimately, the goal is to achieve a balance between the restriction of some high FODMAP foods (to a level that provides symptomatic relief) and the reintroduction of FODMAP-rich foods which are better tolerated. Often people are able to reintroduce many high FODMAP foods back into their diet, but may not be able to eat them as often or in the same quantity as they did before.

Why do we advise you not to remain on a low FODMAP diet for life?

There are a few reasons. Firstly, we know that some FODMAP rich foods promote the growth of good bacteria in your bowel. This is known as a ‘prebiotic effect’ and we think it is not ideal to restrict prebiotic fibres over the long-term. It is also a restrictive diet that can compromise your intake of fibre, calcium and B-vitamins.

Finally, a low FODMAP diet can be inconvenient and socially difficult to follow, as foods previously consumed on auto-pilot become off-limits; recipes require adjustment, and eating out becomes challenging.

So the take home message: if you have diagnosed IBS, see a dietitian about trialing a strict low FODMAP diet, but ensure you follow-up with him/her 2-6 weeks later to discuss the re-challenge phase. In the long run, you only need to limit your FODMAP intake as strictly as your symptoms require!

https://www.monashfodmap.com/blog/just-2-6-weeks-it-is-not-diet-for-life_8/ to read another blog post that explains the re-introduction phase in more depth on the Low FOMAP diet being not a 'lifetime' diet. 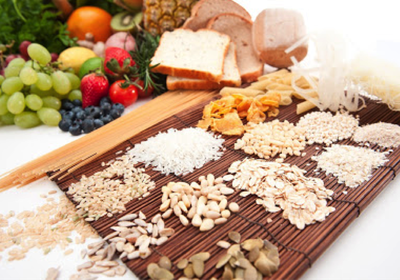 Just 2-6 weeks, not a STRICT diet for life