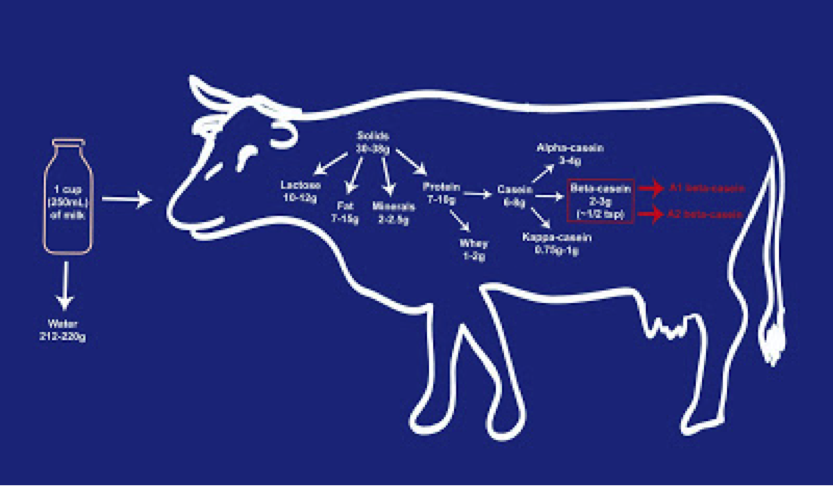 With the milk industry in the limelight at the moment many people are asking questions about what we are actually consuming. One questions that we often get is “what is the difference between A1 and A2 milk?”

The Monash University team are conducting a study at the moment looking into the effects of these two different milks and what effects A1 vs A2 milks may have on gut transit time, behavioural/psychological health and gastrointestinal symptoms.

So what’s the difference?

A1 and A2 are two proteins that are part of the casein proteins found in dairy products and we refer to these as beta-casein A1 and beta-casein A2.

The image below shows the composition of 1 cup of milk:

As you can see from the image above one cup of milk contains water, lactose, fat, minerals and protein. Within the protein we find casein and whey. There are various types of casein with beta-casein making up 2-3 grams of milk solids.

These beta-caseins are produced by different types of cows.

Interesting fact: beta-casein A2 is the original beta-casein produced in cow’s milk. A natural mutation over a number of centuries occurred where cattle began to also produce A1 beta-casein, affecting mainly Holstein cows (cattle from European origin).

The image below show the types of cattle used in milking and the A1 vs A2 beta-caseins that they produce. 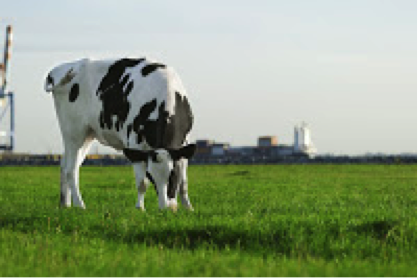 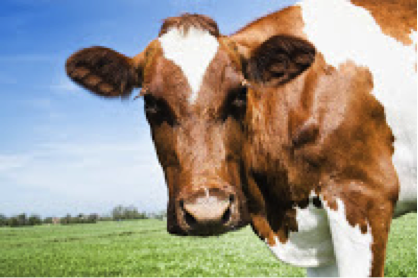 Guernsey or Jersey cow’s milk = high % in beta-casein A2 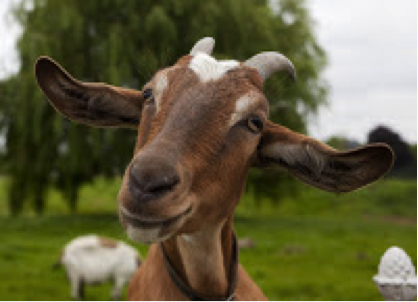 What does the research say about A1 vs A2?

Let’s get into a little more science. A1 and A2 beta casein proteins are made up of 209 amino acid chains. There is only one amino acid difference between the A1 amino acid strand compared to the A2 amino acid strand. This very small structural difference results in a big difference in the way the protein breaks down and is digested in our gut.

When the A1 amino acid chain breaks down it produces a peptide called BCM-7. BCM-7 (beta-casein morphin) is an opioid-like compound. In the human body, BCM-7 has been shown to slow down gut transit time (slows transport of food / digestion throughout the body) therefore can cause a change in bowel function, influence gut bacteria and inflammation in the gut. It is thought these changes can mean some individuals poorly tolerate milk.

There have been many animal studies conducted in this area but more research still needs to be conducted to investigate what effects these different milk proteins have in humans. 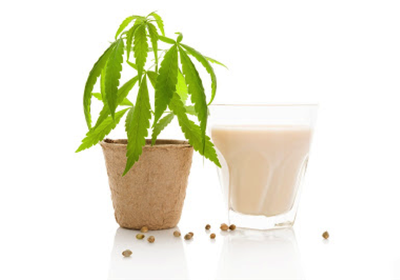 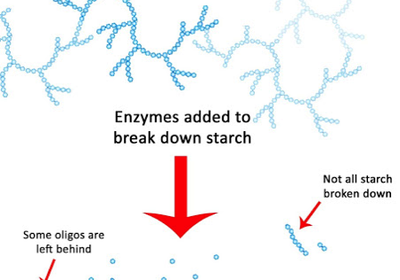 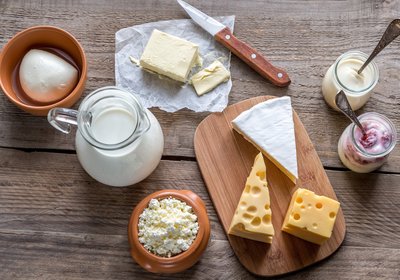 Lactose and dairy products on a low FODMAP diet